skip to main | skip to sidebar

According to gtvibes.com, this is a "collection of some of his work he compiled in response to public demand." It features a mixture of soca, chutney and a hint of RnB coming from Promises remix.

The album features collaborations with Peter Ram (For Me), Terry Gadraj (Rum Drinkers) and De Hitman

Also reported on GTvibes.com, Dutchin said he's very ready and feeling happy and excited about his fans having an original copy of the album in their hands and is also excited about being nominated for the 2009 Accolade awards in several categories.

Additionally, next year he might be back to regain his crown in the 2010 Soca Monarch competition. Good Luck.
Posted by RazMami at 11:46 PM

What you mean by 'Finally'? Timeka or nun o them aint gat a proper album...

what is it that you are really trying to say?


Fojo - If you had no Choice

The Music Awards of Guyana 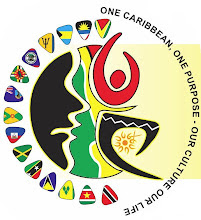 This is who I am!

RazMami
NY
A Guyanese Brooklynite sharing my love of Guyana with the whole wide world.. Email me @ gtmusic592@yahoo.com

Guyanese clothing designers based in Atlanta.